Emil’s offices were directly across the street from the St. Louis County court house, and often provided blueprinting and copying services for patrons of the county, requests for surveying and engineering also came from those same patrons. As the County Surveyor & Engineer, Roy Jablonsky was required to work on public projects and often recommended his past private clients to Clayton Surveying & Engineering, who he had worked with in recent years.

Kronsberg was the City Engineer for the City of Clayton for a long time, an appointment made by that mayor. It was a part time position, which required the employee to also be involved with a full time engineering and surveying practice as their regular job. 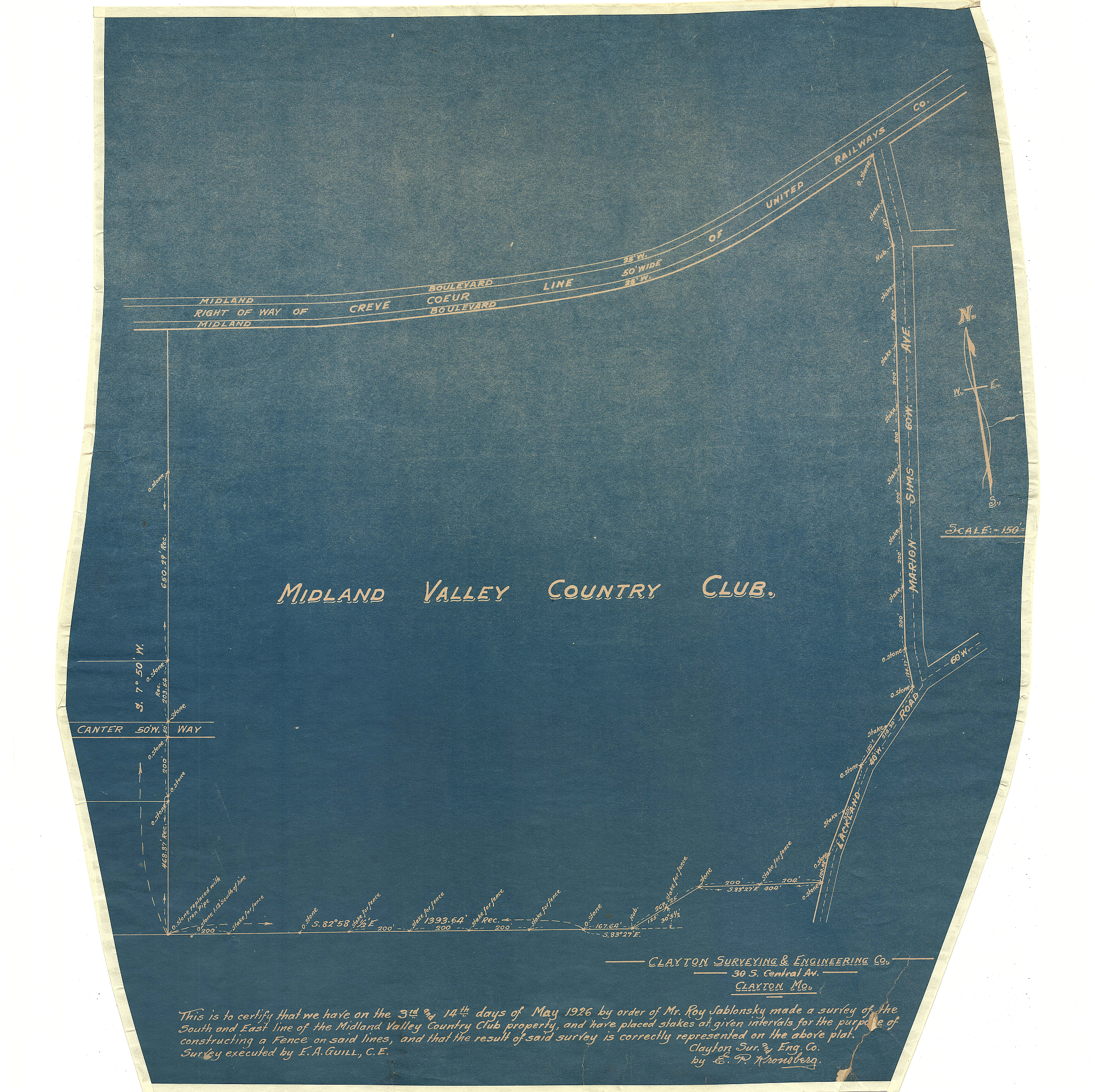 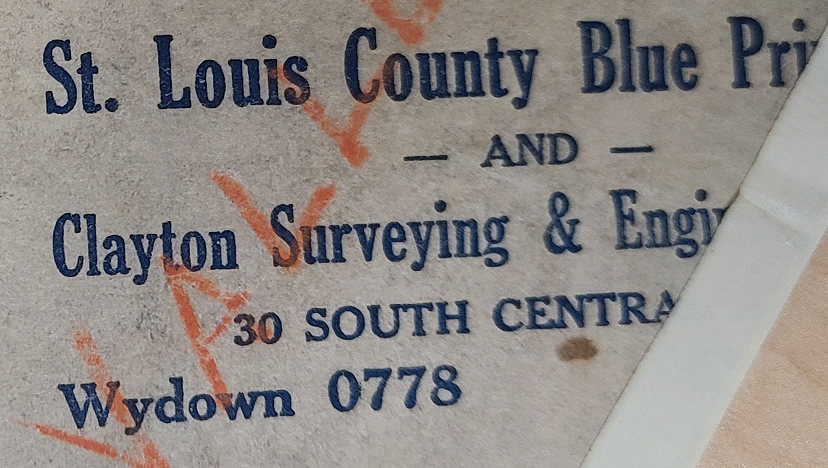 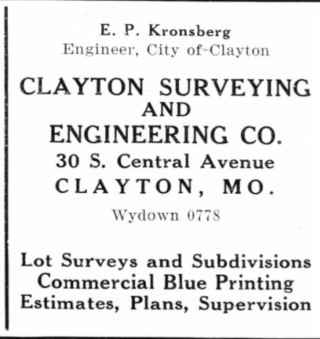 1952 – Clayton Surveying & Engineering was run primarily as a small company in addition to the printing company by Emil until 1952, when he sold the company to Harry E. White, a Civil Engineer employee, Arnold Lewis, W.A. Blue & R.L. Blue. Many of the surveys, plans and records were maintained from the earlier years and still are indexed in our records vault.

The location at this time was 32 S. Central, still the original location, it is a 2 story brick building with commercial businesses on both floors. With the rearranging of the commercial units through the years, the address changed from 30 to 32, and 24 & 20 S. Central which are all inside of 32 S. Central according to the assessor today. 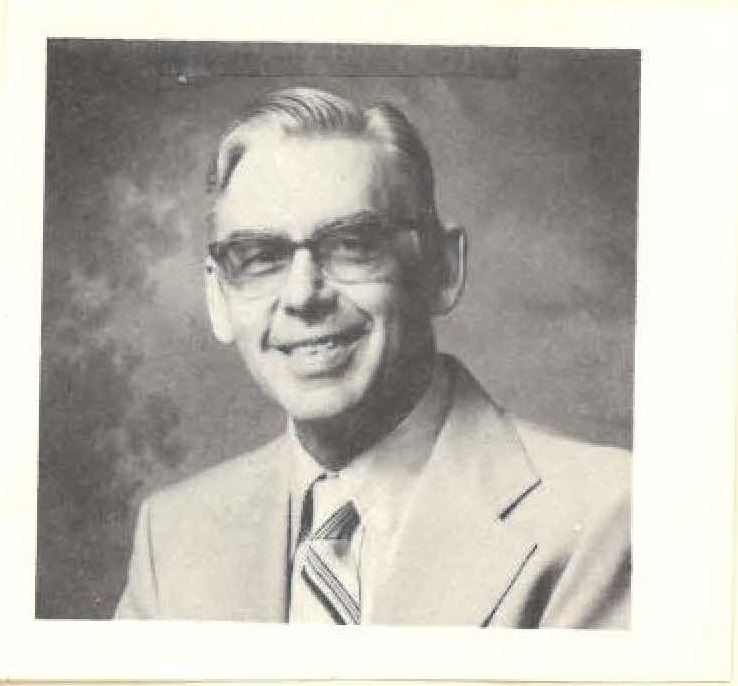 1963 – Clayton Surveying & Engineering moved to a new address, 25 S. Bemiston, still in Clayton, MO. Dave Bohler, the company’s only 50 year employee would start in February of that year, a month before the move. Dave also started one month before Rich Barr started working there. Jack Beirne and Melvin Kristich were engineers at the company at that time too.

Shortly after the move, the company was bought by three employees at the time, Melvin Kristich, Richard Barr and John Beirne. Mel would be the president with Rich and Jack (John) as Vice-Presidents.

One of the projects that Clayton Surveying & Engineering worked on during this time was Busch Memorial Stadium. Construction completed in 1966, the multi-purpose sports facility and home to the St. Louis Cardinals. 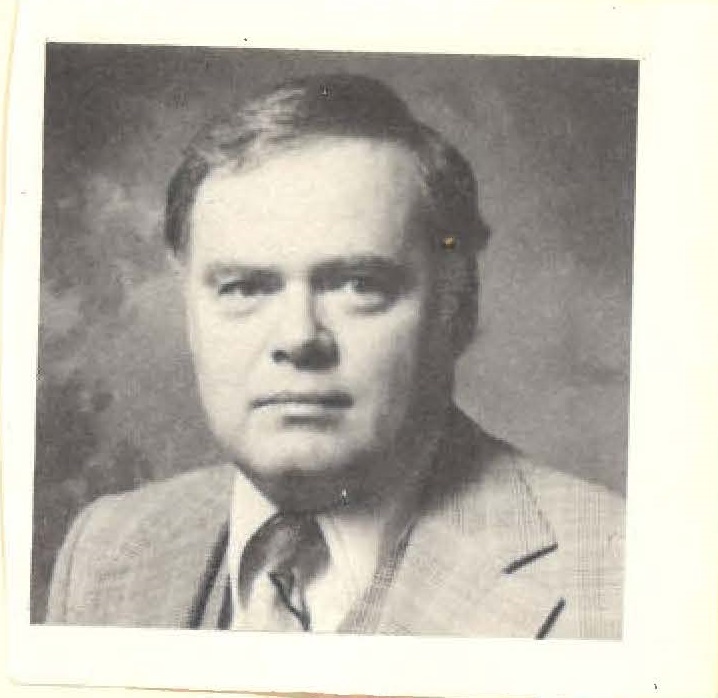 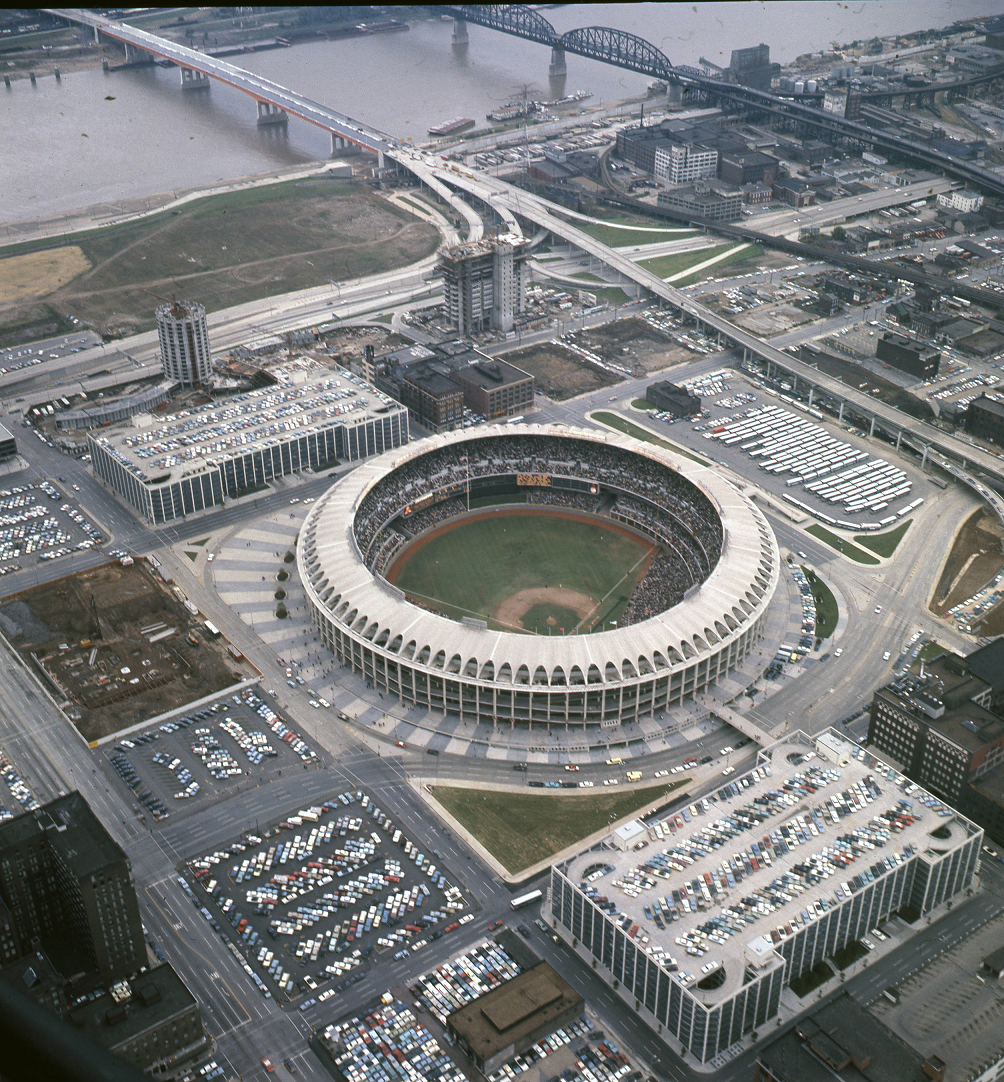 1968 – The company moved to 725 Old Ballas, Creve Coeur, MO. With the name on the building and the company growing quickly, Clayton Surveying & Engineering would continue to grow with the region. Many subdivisions were surveyed, designed and engineered in the coming years. Today our records vault houses over 12,000 subdivision plats, mostly from our own projects, in addition to individual surveys, calculation sheets, road plans and an impressive field book collection.

Following Mel’s passing in 1972, Rich Barr & Jack Beirne reorganized the ownership of the company to make it employee owned, with a board of directors and a president. Rich Barr became the president. 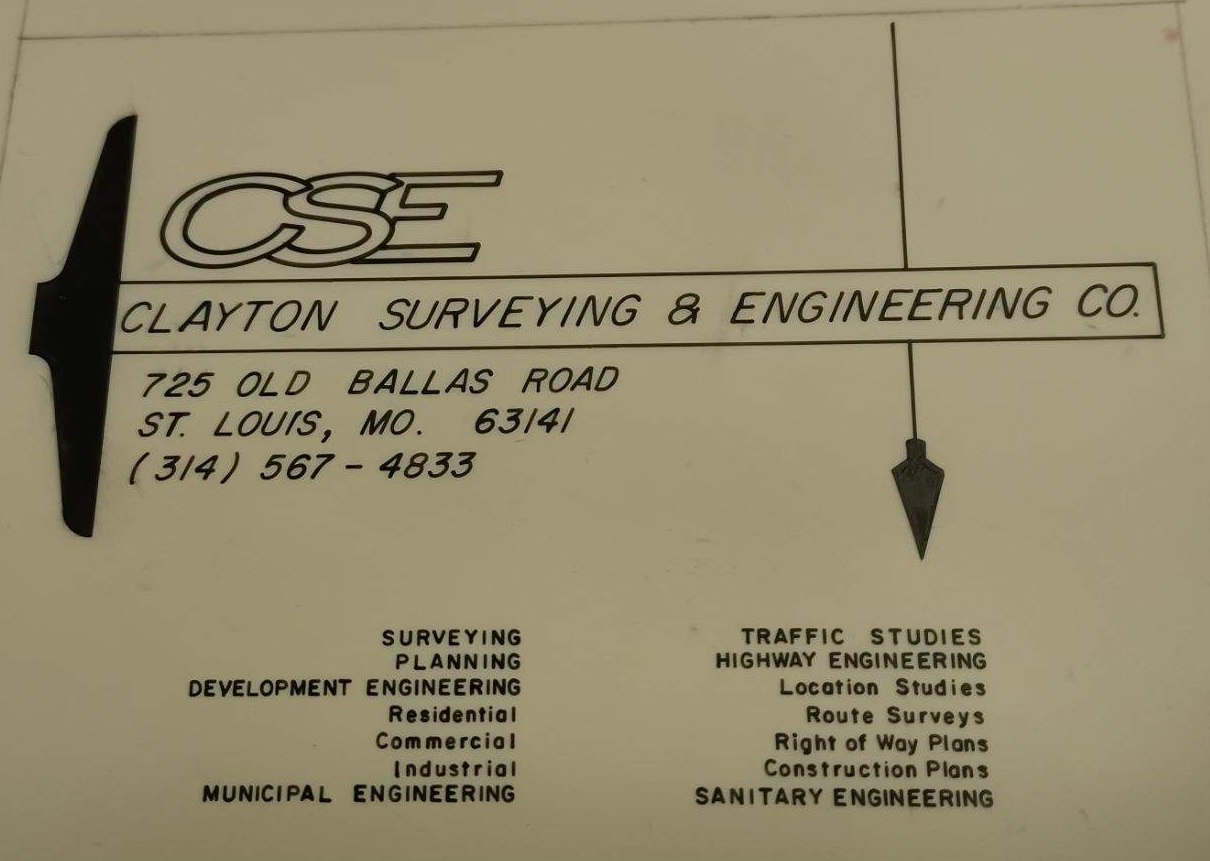 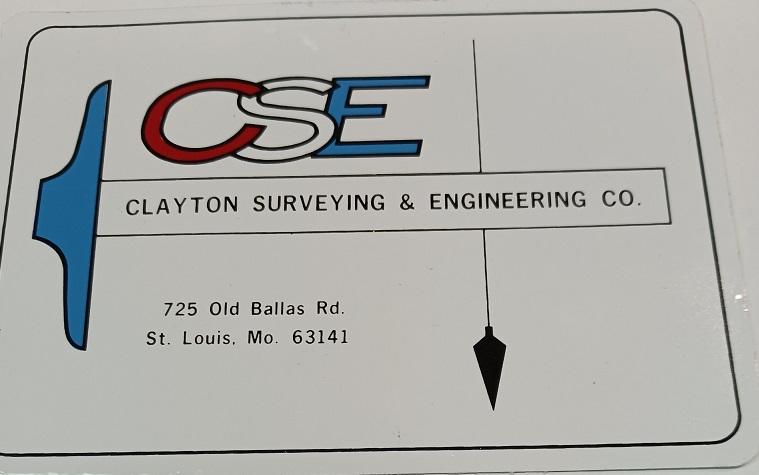 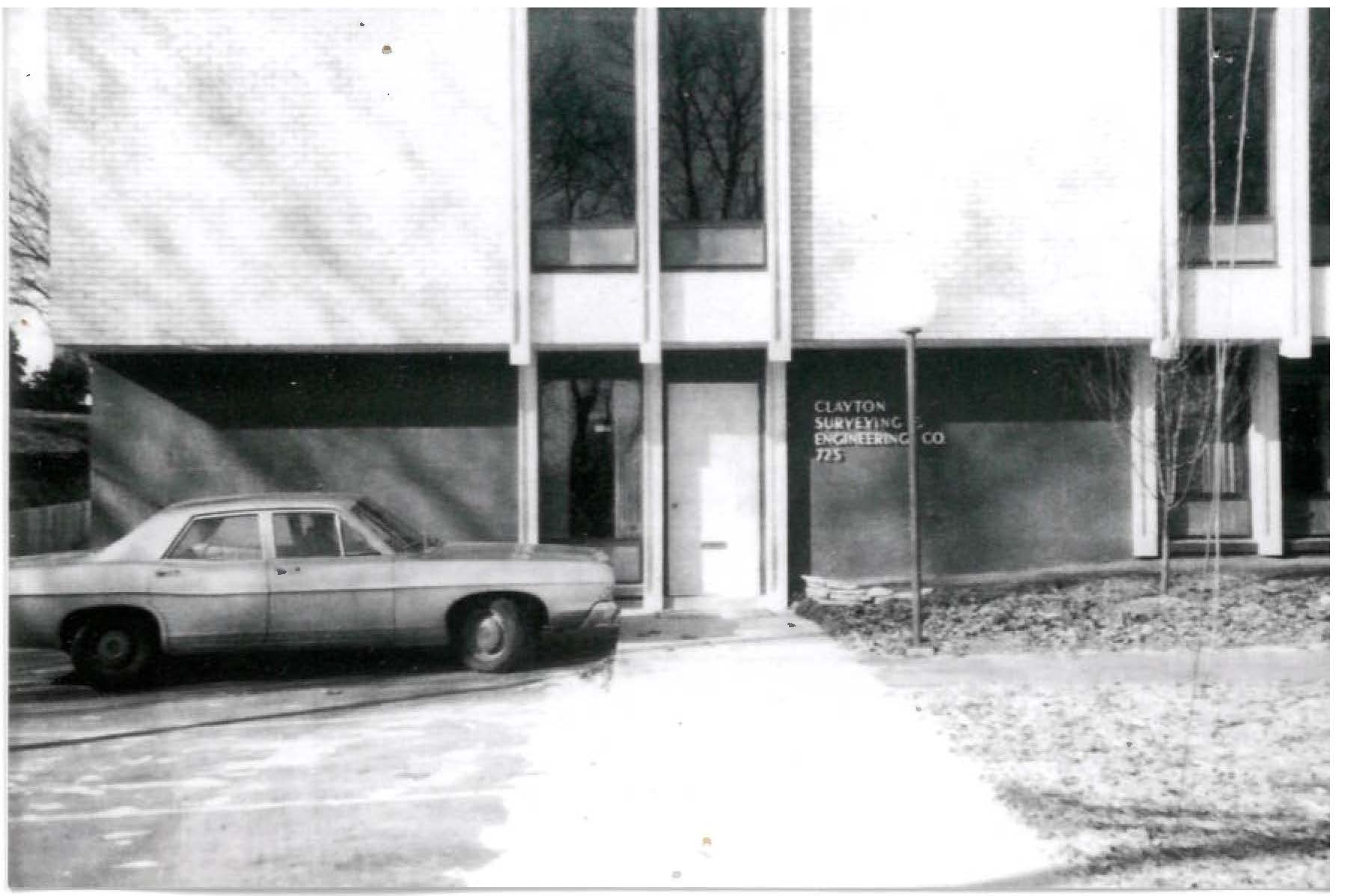 1976 – Clayton Surveying & Engineering purchased the 8-generation company Myers, Keller & Byers. Bob Myers was the first Missouri State Land Surveyor and MKB had more than a hundred years of detailed surveys, records and plans from their location on Broadway, downtown St. Louis, MO. The MKB records are often still used today, many have been scanned and digitized for easier access and use. MKB records included the records and field books by J.T. Dodds, the City of St. Louis surveyor from around 1900 until about 1915. Also, the private records from R.E. McMath Surveying Co were inherited. McMath was the City of St. Louis building surveyor from the 1880s-1900.

Needless to say, an extensive surveying and engineering history of the City of St. Louis, blocks, subdivisions and other private records became part of the 50 year old company’s private record collection. 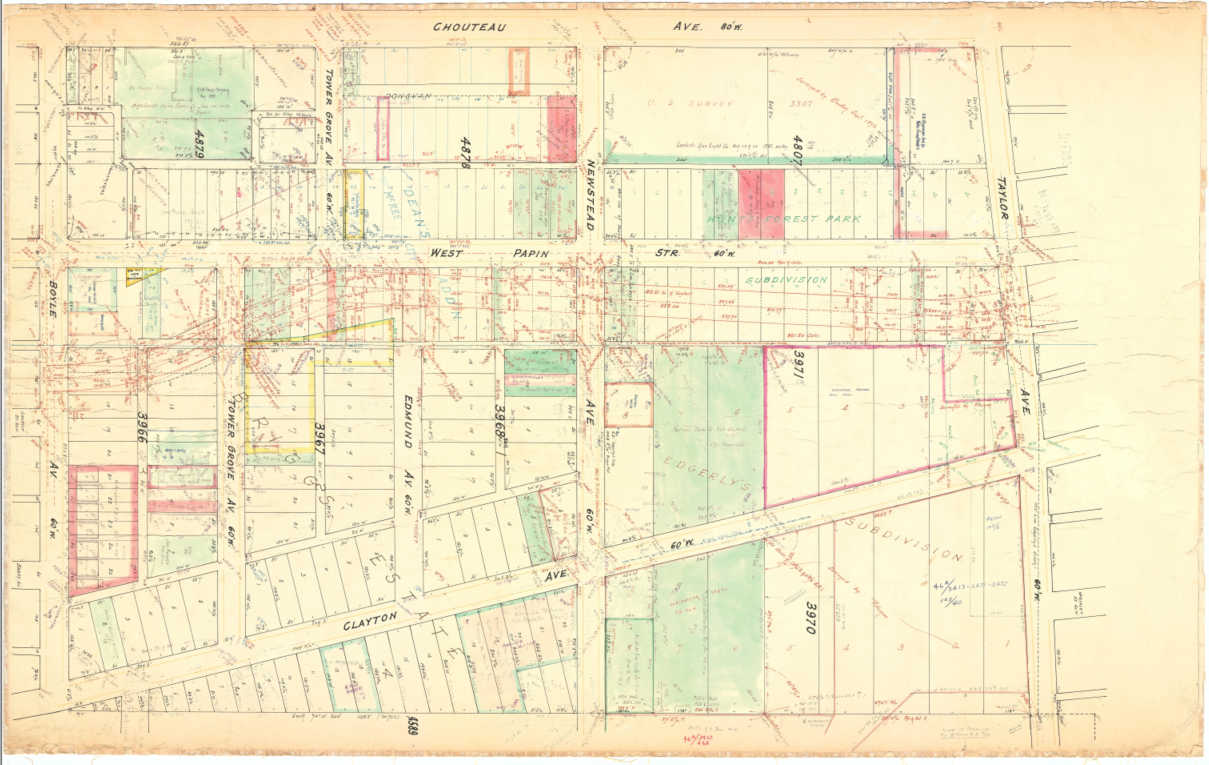 1985 – The Clayton Engineering Company moved again to 12755 Olive Blvd. Throughout the 80s, the company sustained through its employee ownership and with Rich Barr as president.

A notable project for the region of Clayton Engineering’s in the 1994-1996 years was the Civil Engineering design, Surveying and Construction Staking of the oval track and stadium at Gateway Motorsports Park, known today as World Wide Technology Raceway. 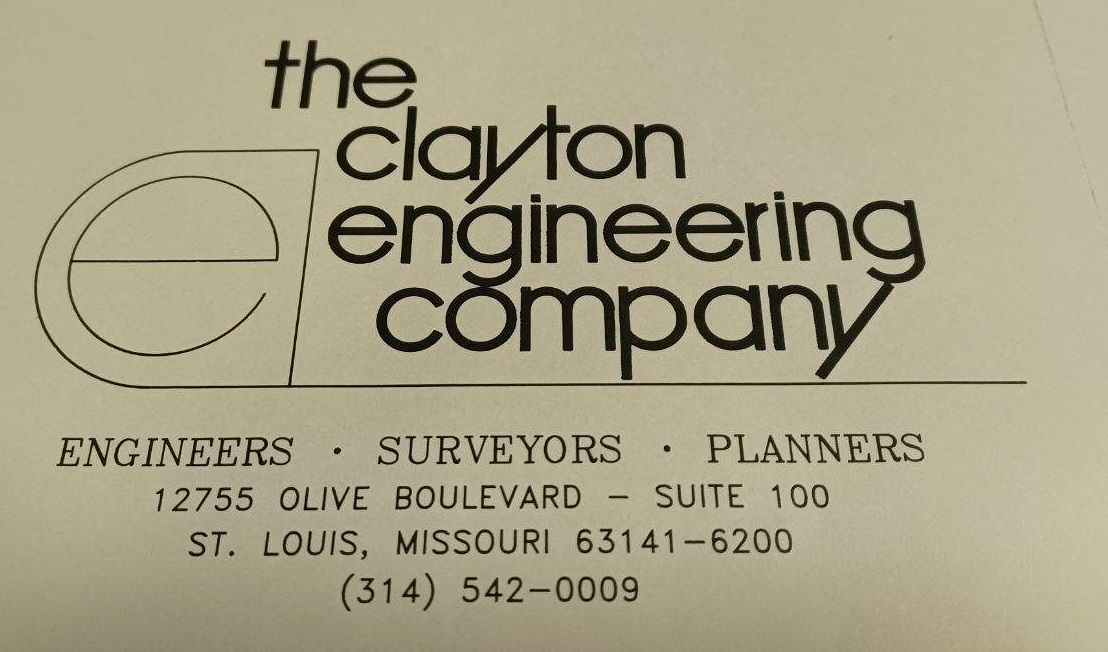 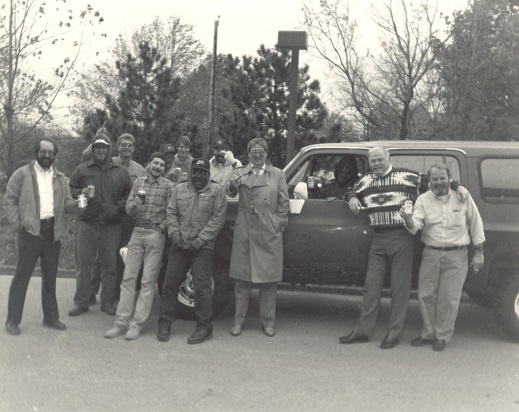 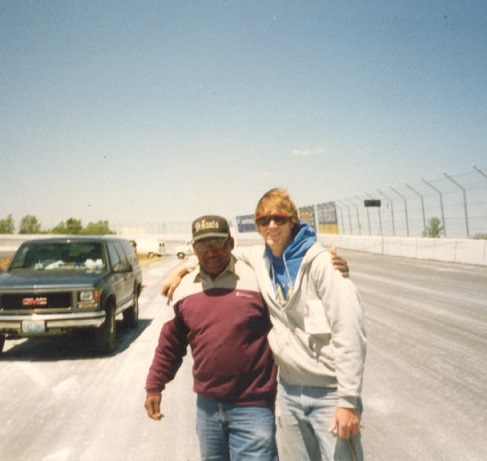 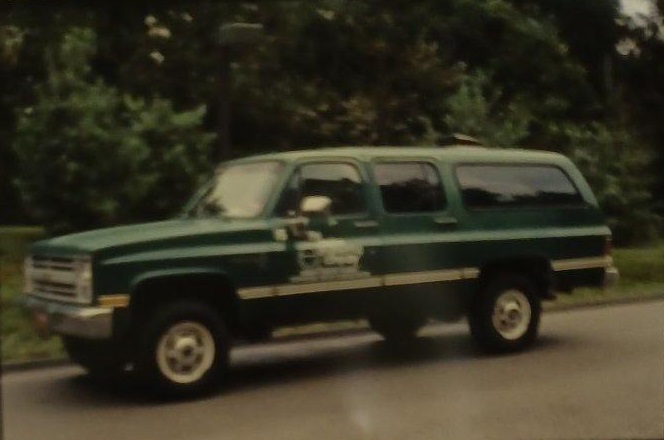 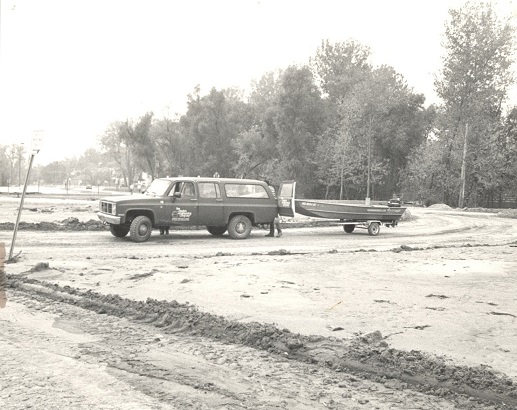 1998 – The Clayton Engineering Company moved to 11920 Westline Industrial Ct., in Maryland Heights. Dave Colvin became the president of the company, Rich Barr was the CEO. Dave was the Principal Engineer on many large private developments including institutions, residential and commercial. 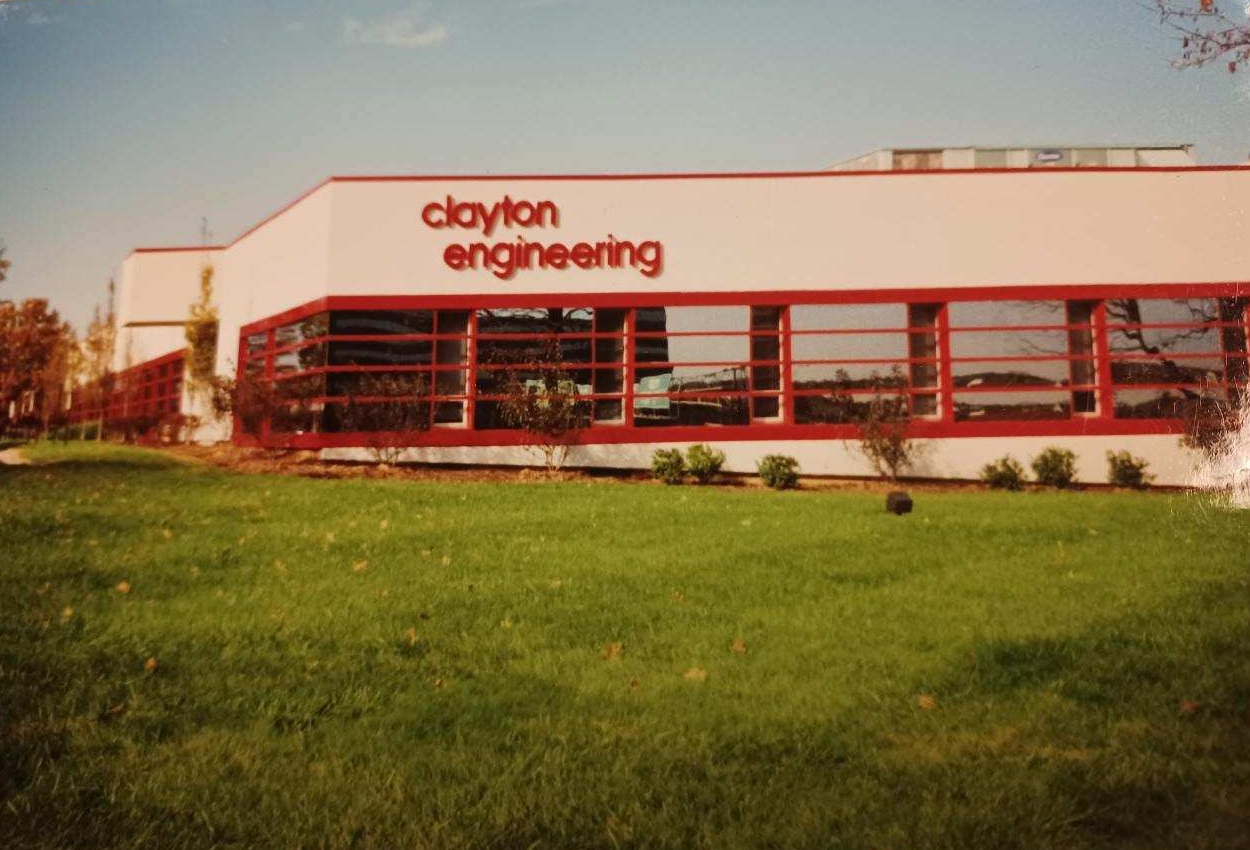 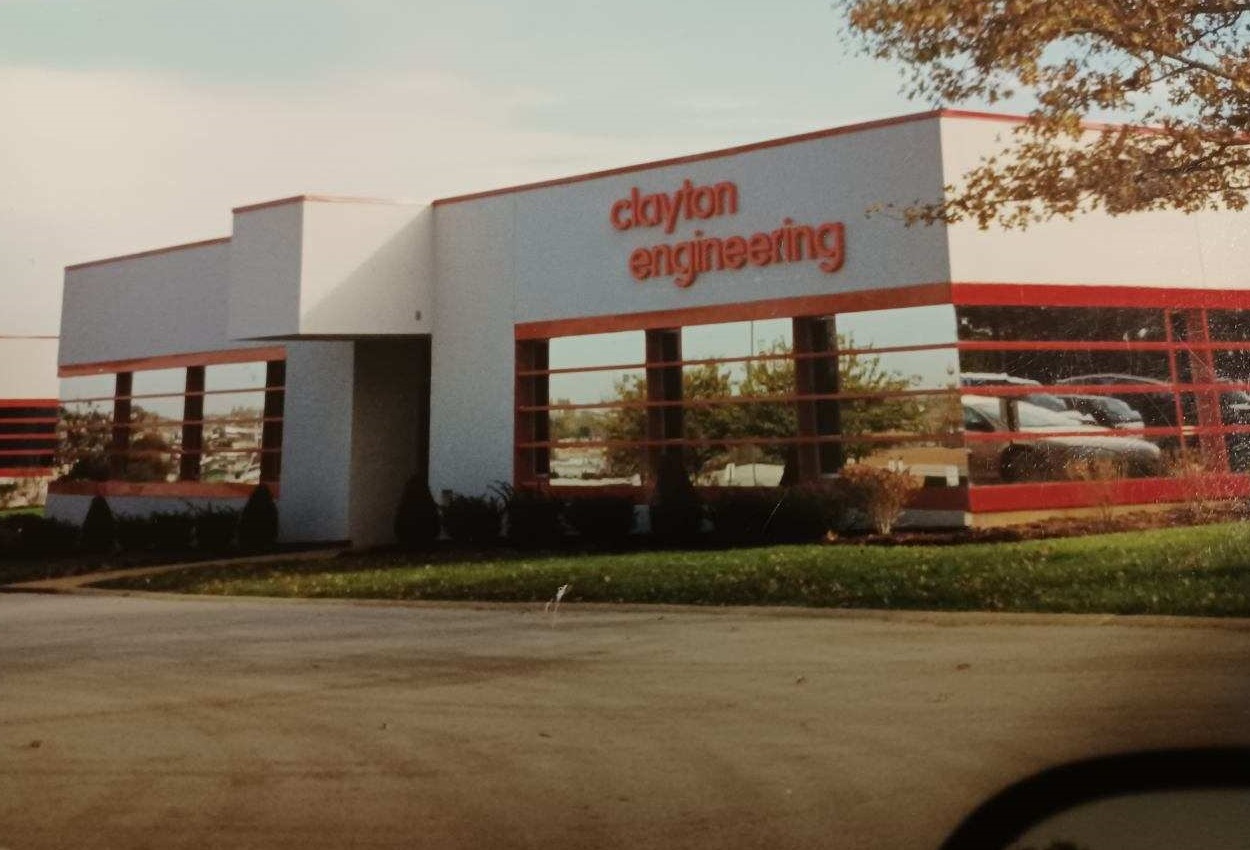 2015 – The building at 11920 Westline Industrial Ct. was sold and demolished to make way for a new hotel, and the current location is 2268 Welsch industrial Ct., Maryland Height, MO. 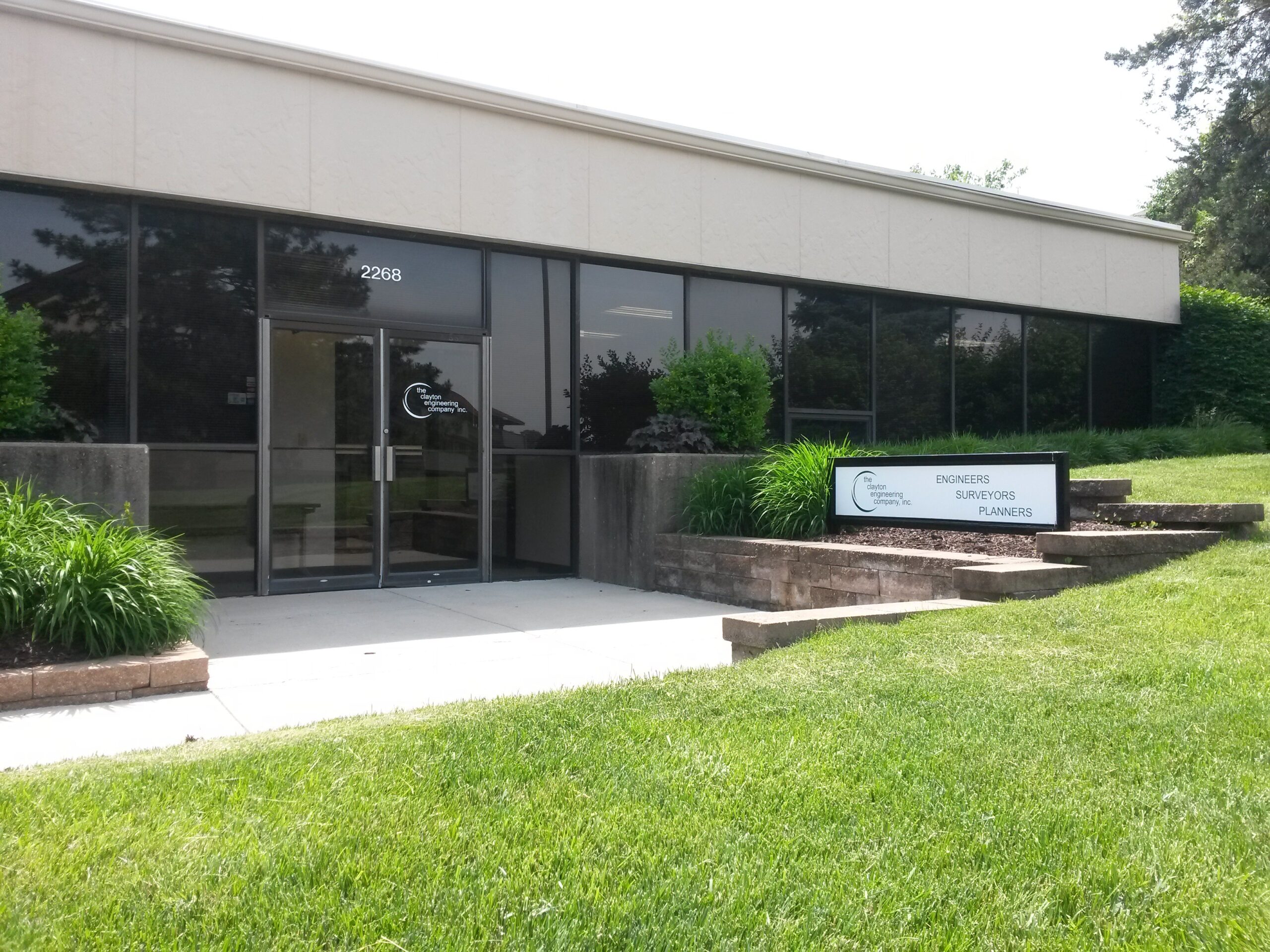 From all of us at The Clayton Engineering Co., Inc. – Thank You for nearly 100 years of business!

For a more detailed history of Emil Kronsberg, Roy Jablonsky and the early years of Clayton Surveying & Engineering: